The ancient farm, owned by de Albentiis family for over five generations, covers an area of 30 hectares near the medieval village of Guardia Vomano di Notaresco (province of Teramo, Abruzzo, Italy), which preserves the ancient Romanesque Abbey of San Clemente, built in the late ninth century.
The farm enjoys a favourable location between sea and mountains, on the low hills of Abruzzo, about 200 metres above sea level, mainly south-facing and with temperate climate, dedicating to the traditional production of seed crops (cereals, sunflower, legumes), by the method of crop rotation, and specialized crops such as olives. Since 1998 it is subjected to organic system (EC Regulation No. 834/2007 and No. 889/2008) controlled by Istituto Mediterraneo di Certificazione.
The farm has 1,881 olive trees, 1,391 plants of which in the specialized olive grove and 490 plants grown scattered in promiscuous cultivation fields. The specialized olive grove consists of varieties planted in 1974, with a prevalence of Leccino, supplemented by Pendolino, Maurino and 83 centenarian olive trees of native cultivars such as Tortiglione and Carboncella.
Among the scattered plants, are present 320 centenarian olive trees of local varieties like Tortiglione, Dritta, Carboncella and Gentile di Chieti, supplemented by other cultivars such as Frantoio, Leccino and Pendolino.
Harvesting, performed with nets, is carried out directly on the plant, by hand picking and combing, also using non-invasive mechanical devices (electric olive harvesters); before milling, to avoid damage to the fruit, the very short temporary storage and transport are performed in perforated containers.
For processing of its own olives, the farm uses of the nearby oil mill "Eredi Gramenzi Umberto", credited for treating organic olives and producing extra virgin olive oil "Pretuziano delle Colline Teramane PDO".
The oil mill is set up with a "continuous" processing system, which includes, before milling with traditional low speed rotating millstones, defoliation and mechanical washing. Processing continues with mechanical crushers, followed by malaxing and, finally, by separating oil from water, using dripping cold method Sinolea® and centrifugation (decanter).
The milling, carried out immediately after harvest (within maximum 24 hours), together with oil extraction by oil mill type "continuous" cold (maximum temperature 27° C), allow to obtain a high quality oil that retains unchanged its excellent organoleptic and nutritional properties.
The farm production is characterized by 3 different varieties of extra virgin organic olive oil, each with its own characteristics of taste and smell:

The farm joins to traceability system oil, from olives cultivation to the dispatch of finished product, promoted by Unaprol and certified by RINA according to EN ISO 22005:2007. Informations about our olive oil production are managed, as chief of production chain, from APROL Abruzzo sca. To ensure the integrity of product quality for the period indicated on the label, the oil is packaged in bottles of a capacity not exceeding 75 cl. (filtered oil) and in tins of a capacity not exceeding 5 liters (not filtered oil), to be stored cool and dry, away from light and heat, at a temperature between 14 and 20° C. With low temperatures, oil might be subject to freezing, for which, before beginning the consumption, it should return the container to room temperature (16-18° C) for several minutes, shaking it repeatedly in order to facilitate the return of the product in the natural state. 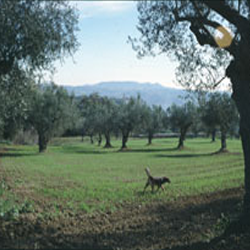 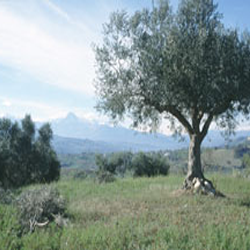 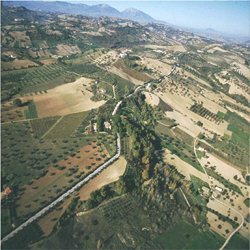 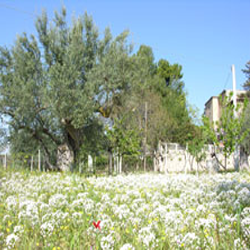